I’ve wanted for find a nice, healthy-ish recipe for cakes for a while. Something quick and easy, using ingredients that we routinely keep in the house. While visiting my OH’s sister, her partner fed us THE most awesome flapjacks. Desperate to recreate the taste at home, I asked for the recipe, expecting something complex. Fortunately for me, it wasn’t difficult at all! 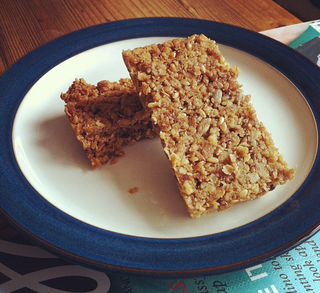 The recipe I used is from Good Food and can be found here. To say this recipe is easy is an understatement. I added a mixture of flax seeds, chopped hazelnuts and sunflower seeds, in a bid to make up for the Golden Syrup! I only used 2 tablespoons of syrup too and the flapjacks are a crunchy on the outside & gooey on the inside. They take about 5 minutes to make & 20 minutes to cook and you can add pretty much anything to the mix. A perfect super-fast snack! 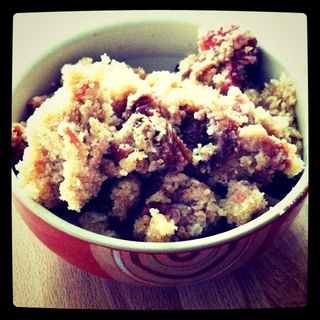 A lovely friend of mine recently gave me some plums. I’ve never used plums before so needed to search for a few recipes. I discovered a brilliant website called Allotment Growing Recipes.  Not only does it have loads of recipes but feedback from people who’ve used them & lots of answered questions.

The first recipe I picked was one for plum cake. This one seemed quite easy & I wanted to try baking something with wholemeal flour. The recipe was easy to follow & was looking really good. My oven is a bit tricky so it took an extra ten minutes to cook.

I took it out of the oven & was trying to take it out of the tin. It was coming out fine but the outside slid off & was heading down my arm. I freaked as I was worried that it would burn me (& I was in a bit of a rush I was running late for yoga & I wanted to give the cake to the person who had given me the plums!). The cake slid of the base of the tin & fell onto the top of the oven! Yes it was as comical as it sounds! But it tastes amazing! I can really recommend the recipe if you have a load of plums.

I had some plums left so wanted to have a go at making some plum jam. So I returned to the Allotment website & found this very easy plum jam recipe. I didn’t have the recommended weight of plums left so had to use my maths skills (!) to work out how much sugar to use with the just over 500g of plums I had. The recipe didn’t mention any type of pectin so I just cut up my plums, poured in the water & set to work. I’d forgotten to reduce the amount of water but I don’t think it’s made much difference. I also didn’t have any granulated sugar so used caster sugar instead. I haven’t tasted any on bread yet but it tasted fine when I was checking it had reached it’s setting point.

I love trying out new recipes. I used to think jam making was really difficult & required loads of expensive equipment but the recipes I’ve seen are really easy & work really well. And it shows how great the internet is as I’ve got all my recent recipes for free! Fab! x

I love Pinterest. If you haven’t discovered it yet, be warned: You will get hooked on pictures of pretty things. One of my boards is called ‘Temptations’ and contains pictures of cakes & all things chocolaty! So when I pinned a picture of some Nutella Brownies I was keen to see where it came from & if there was a recipe. This is one of the things I love about Pinterest. Behind every picture is the original source. It led me to Savoury Sweet Life, which is a fantastic blog containing tons of recipes.

As it was my turn to host book group, I decided to bake them for when we’d finished our lengthy literary discussions about our latest book. 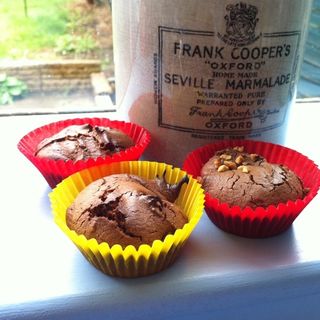 I printed the instructions off from the blog & set to work. They were the quickest cakes I’ve ever made (They’re not called 4 ingredient cakes for nothing!) I didn’t have a large egg & I think this affected the recipe. My batter wasn’t as shiny as the batter in the pictures. I was worried they might be a bit dry & I think they could do with being a bit more goey. I think if I’d used a large egg, like the recipe instructed, they would’ve been goey. I added hazelnuts to some but not all.

They went down pretty well & I’d certainly make them again but I would make sure I used a large egg next time. But they went down a treat at bookgroup & there’s even some left for guests visiting this weekend! x 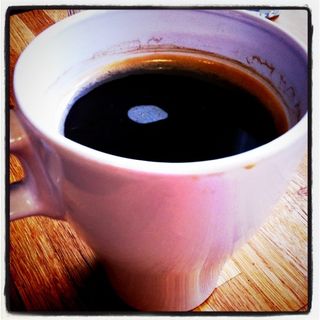 There’s nothing more I like to do when out & about than to have a quick crafty coffee. It’s even better if I can support an independent cafe. So I was more than willing to visit Zappi’s Cafe in Oxford. It’s above a cycle shop which is great as it meant I could pick up a cushion for my saddle as well as get a caffeine hit!

They have a great range of teas & coffees all at very reasonable prices. They had a lovely selection of cakes, although as I’m watching the calories I didn’t indulge this time. My black americano was lush & my OH had a flat white which he really enjoyed. There was also plenty of tap water available, which pleases me as this isn’t something that all cafes offer. I also used the WC & was very impressed. While quite small it was clean & airy with proper soap, loo roll & hand towel (Take note Starbucks!). I will definitely be visiting again.

Dreaming of the #plantbased french toast from @gre

Yesterday was my first #float of my membership @ox

Happy #internationaldogday to this beauty. Absolut

My view today has been the back of cars through to

Poppydog’s rage when a fly lands on her is hilar

Poppydog enjoying one of twelve cool rolls in the

#Poppydog was impressed with this gold letter box

Delicious #vegan dinner @happyfridaykitchen Can he

#Poppydog & I are back in the Shire, away from the 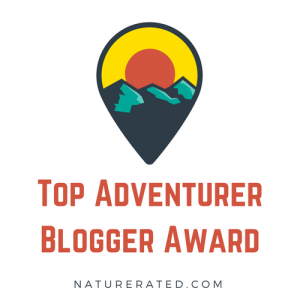