Last week, I spent a day making (and then eating until I could eat no more!) sushi and dim sum. I was invited to attend the (c/o) Dim Sum and Sushi Steam at Miele Experience centre in Abingdon. 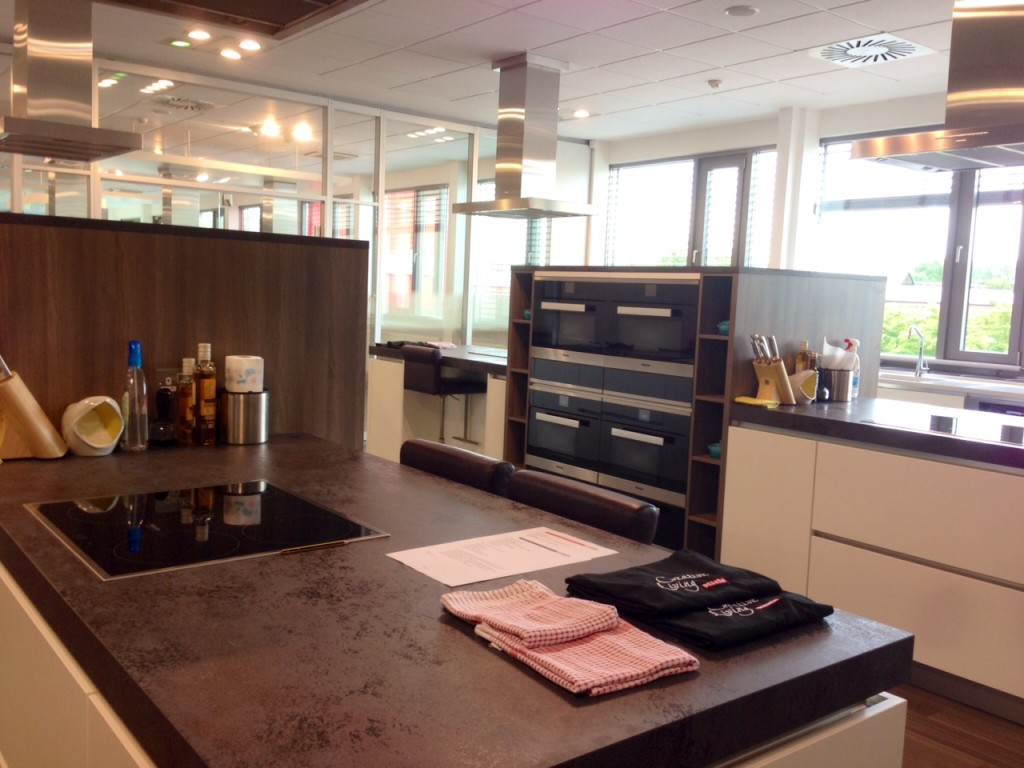 Despite living just up the road, I’d never been to Miele before but I pretty much want to move in! They’ve got a coffee area, wifi and lovely loos. They hold cooking classes covering a wide range of topics and the Dim Sum and Sushi steam is a new class. Apart from me, there was another blogger, Jo, a journalist and some keen sushi makers! Cooking was done using the steam combi ovens, which are a complete revelation and put my very unreliable oven to shame. (I have such kitchen envy!) The day started with sushi. 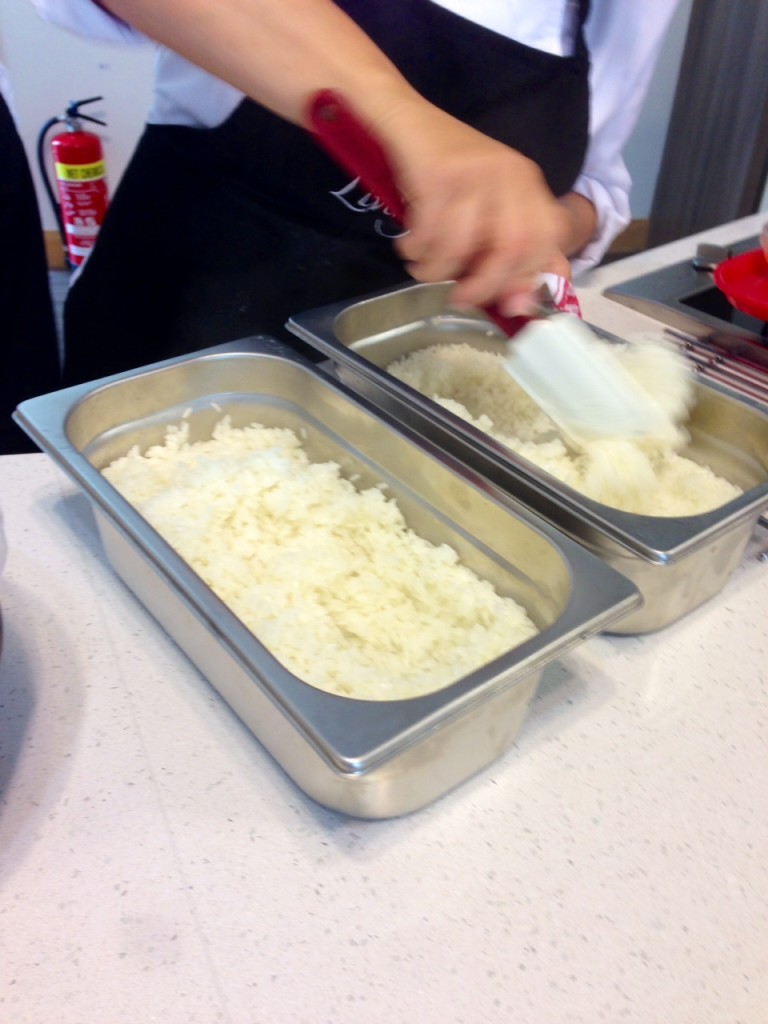 The rice was soaked for a few hours before being steamed in the oven. Once that was done, making up the sushi was a pretty quick and easy task. 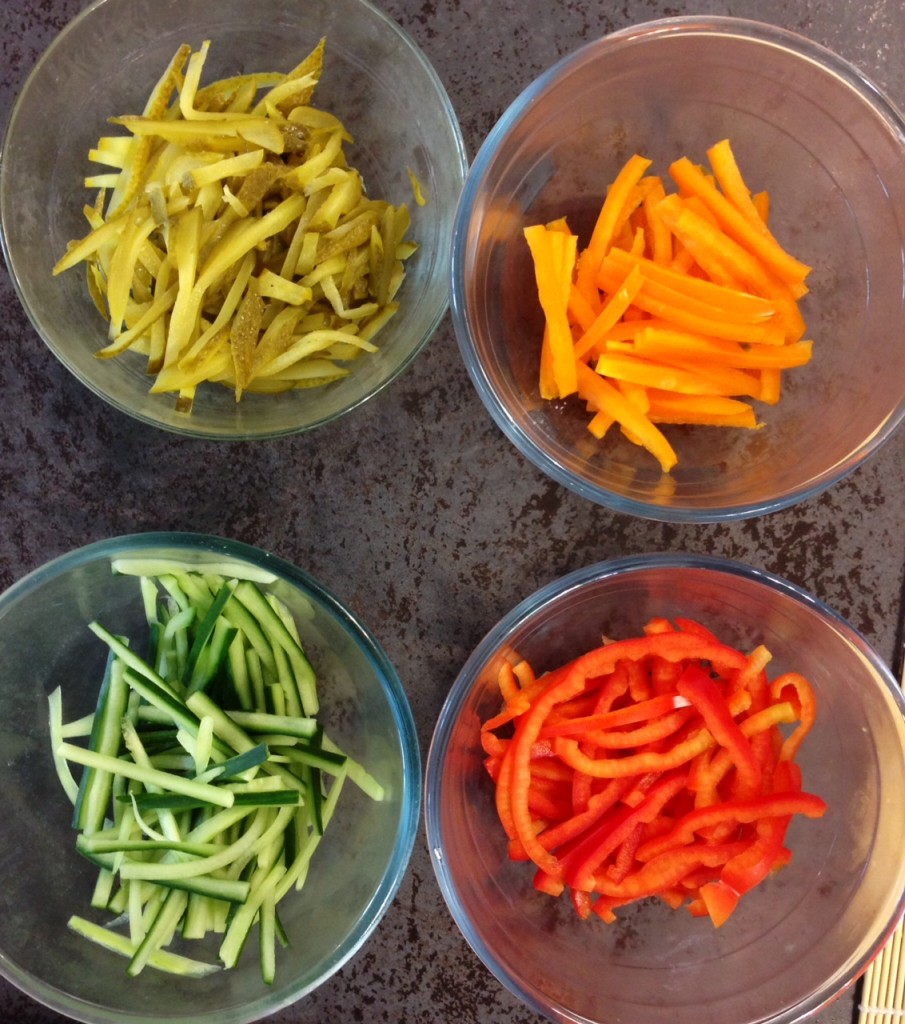 Next step: Cut your nori sheet in half 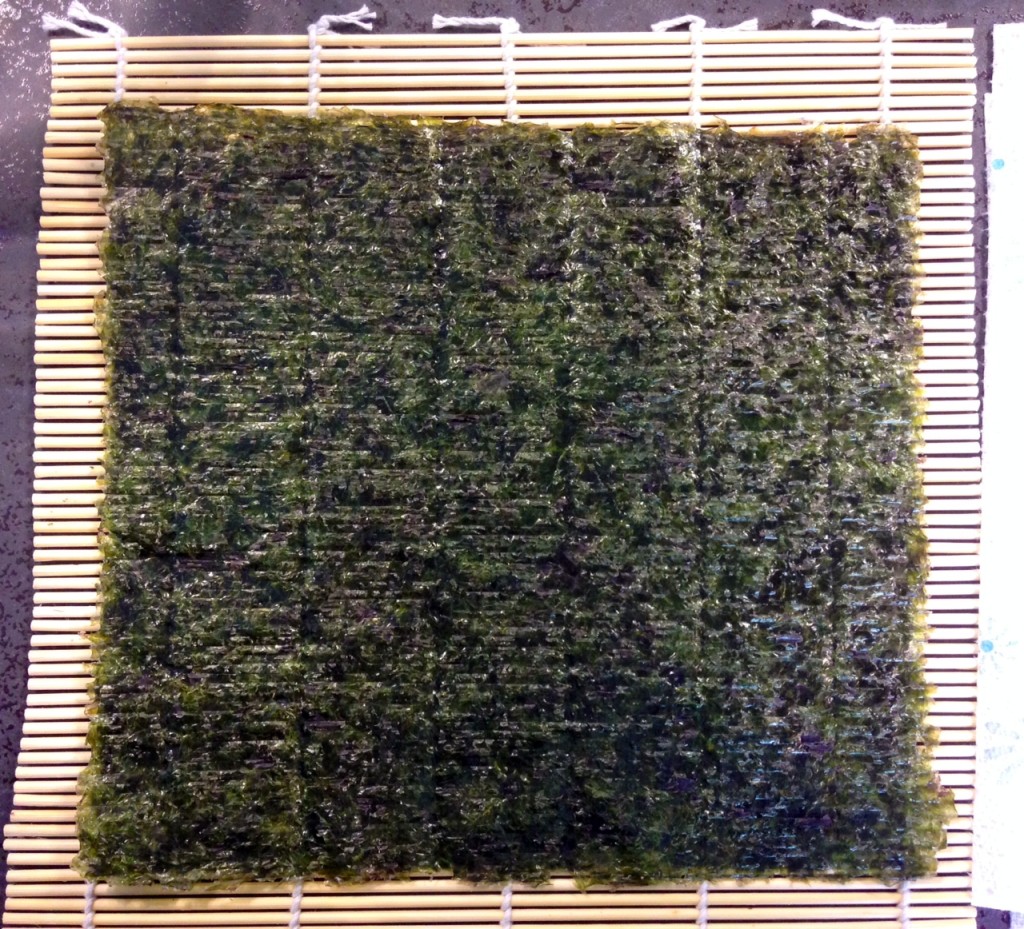 Next, add a thin layer of super sticky rice 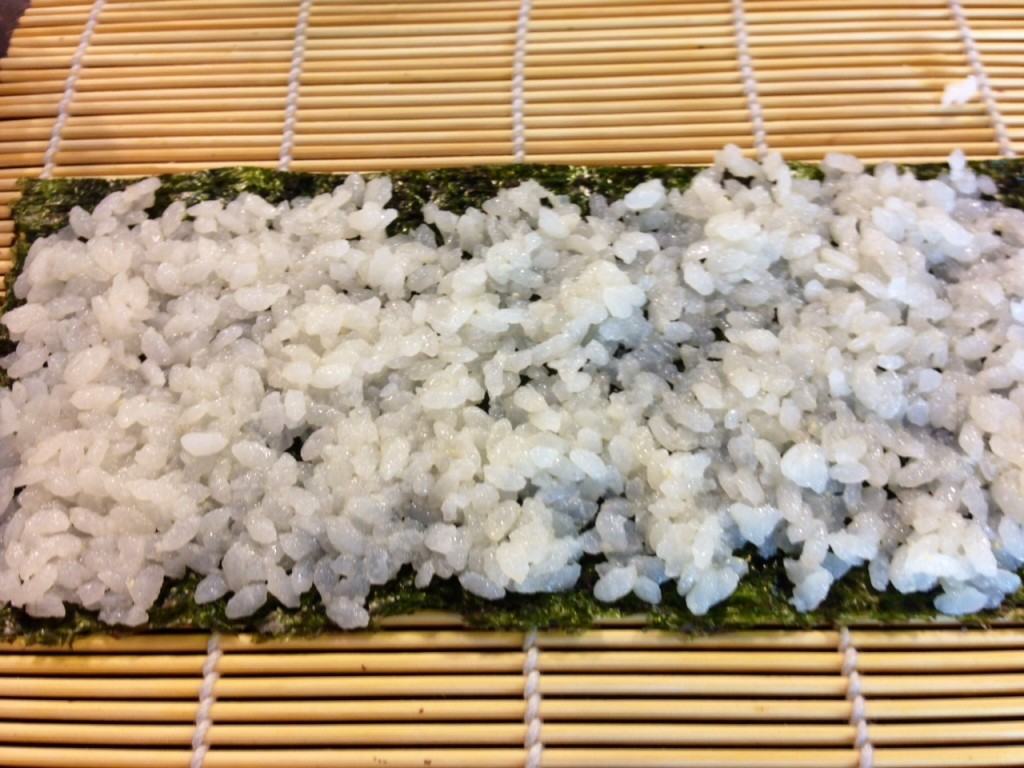 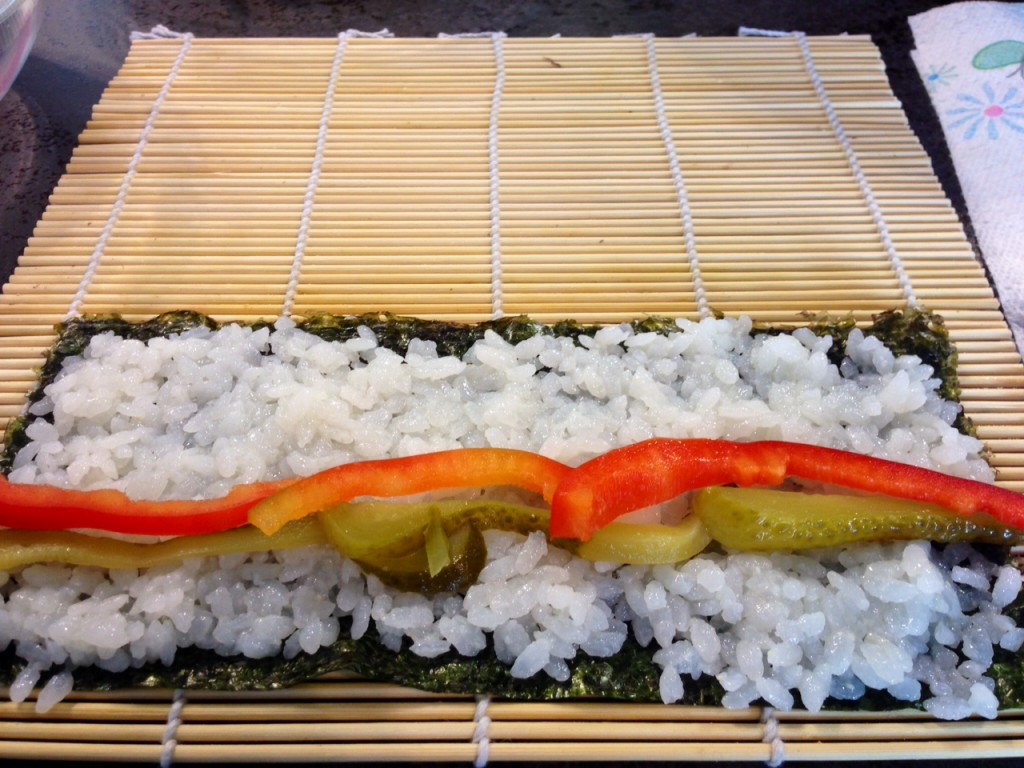 Using the mat, roll it up. Don’t worry about the straggly end – that’s for the chef! 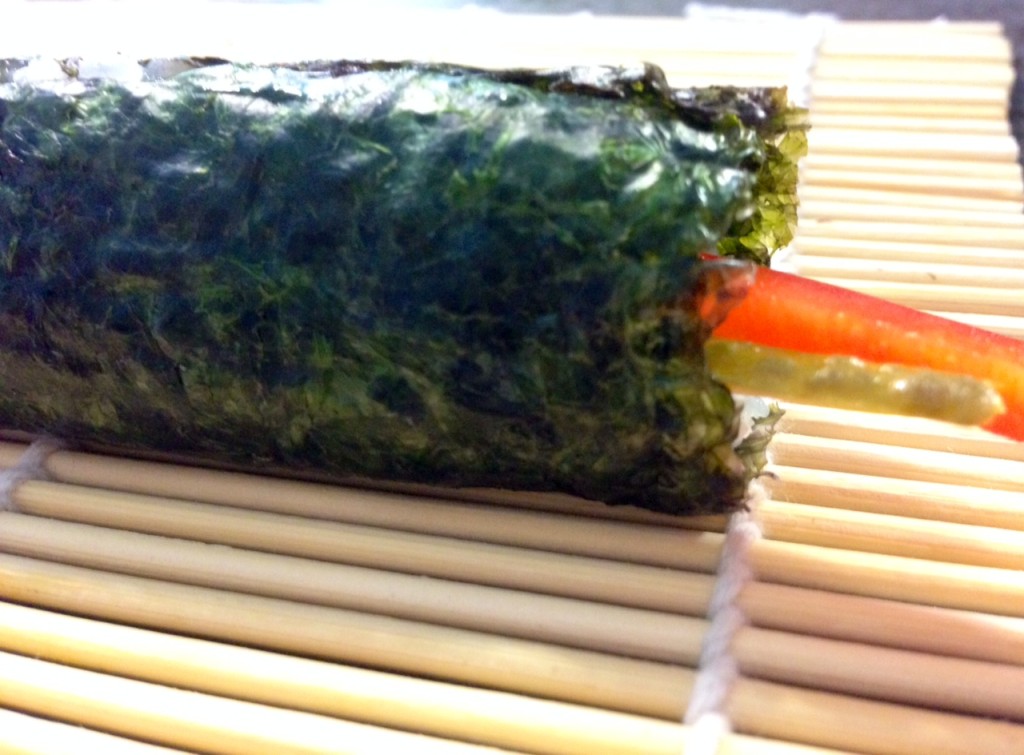 And voila! Here’s the sushi that I made! Tasted so good! 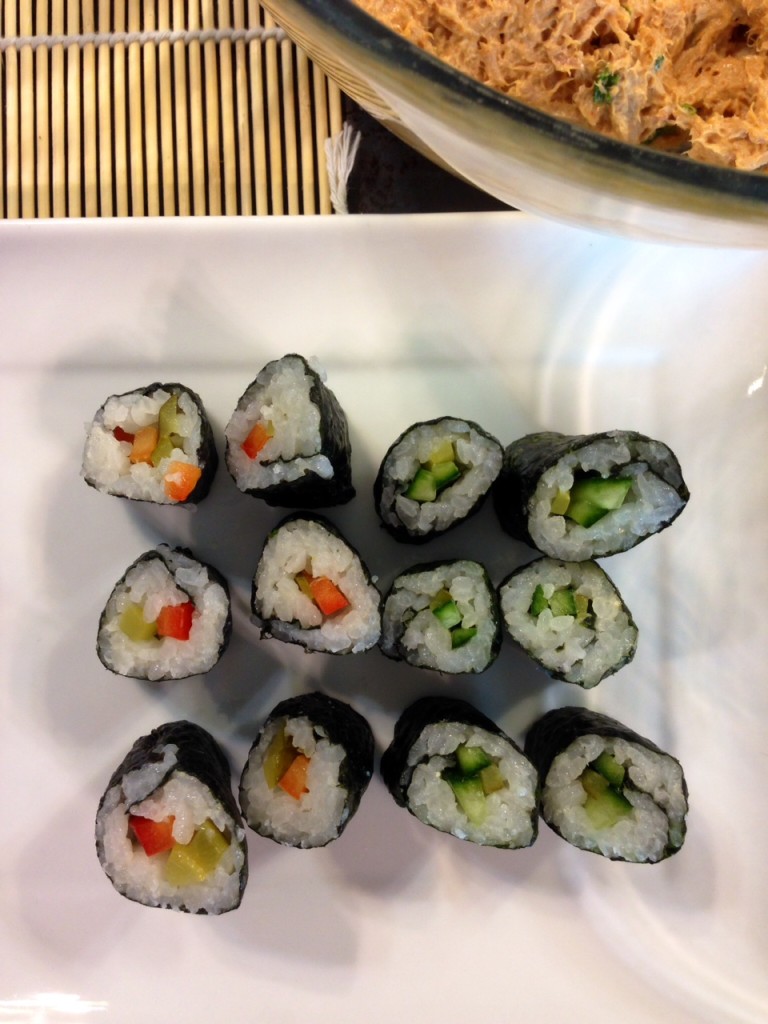 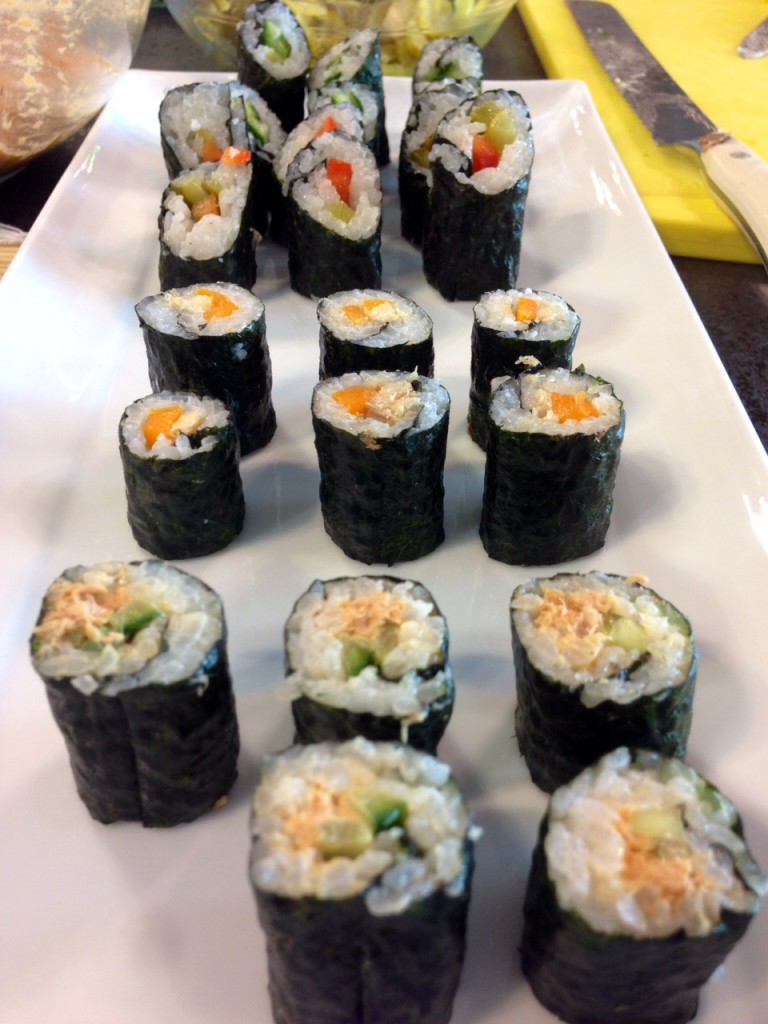 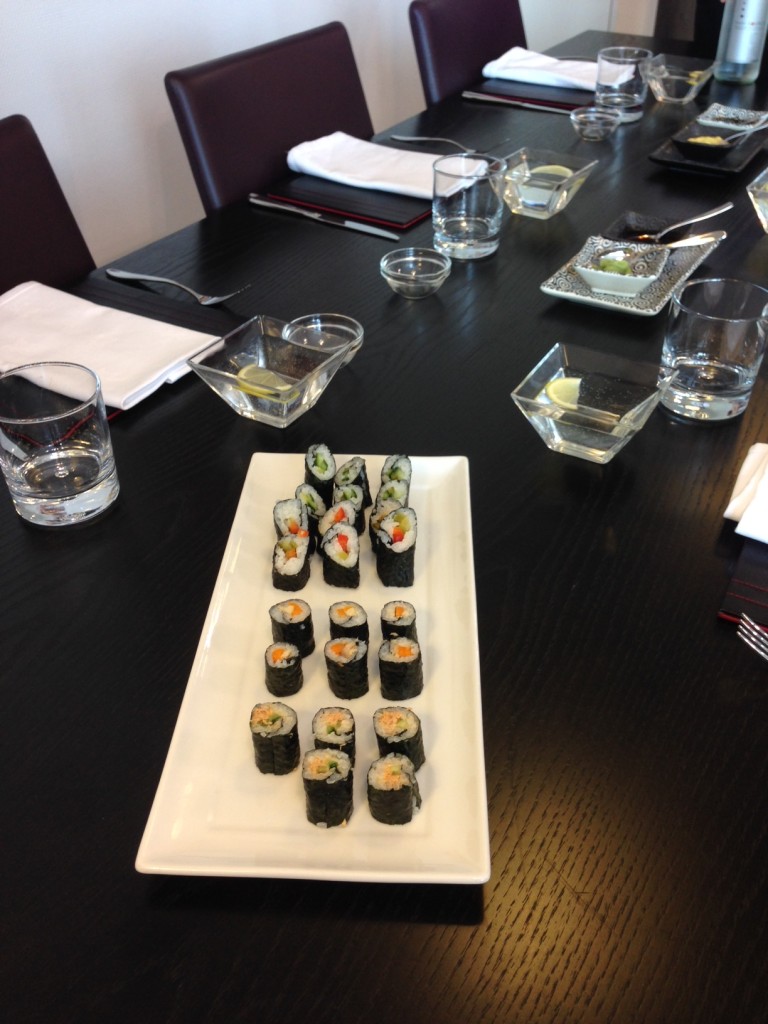 Once everyone had finished making their sushi, we got to eat it! We also had wasabi, pickled ginger and wasabi mayonnaise to go with it. The wasabi mayo was amazing!

After lunch, it was time to turn our attention to the dim sum. We were making sweet and savoury buns too so there was lots to be getting on with. 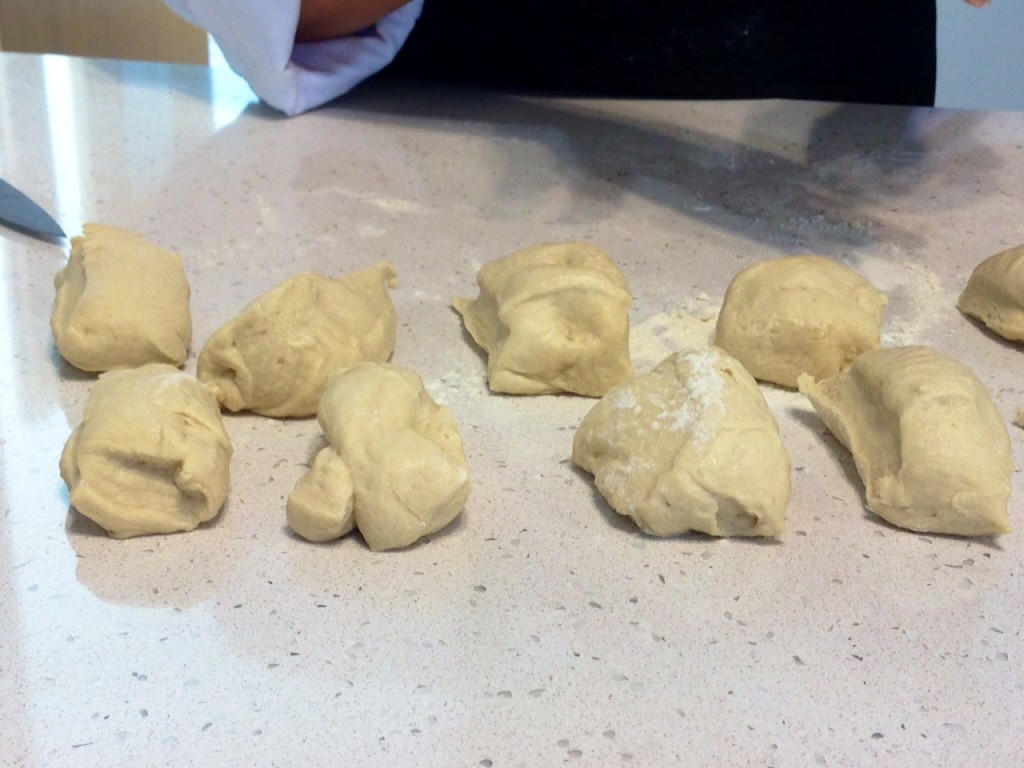 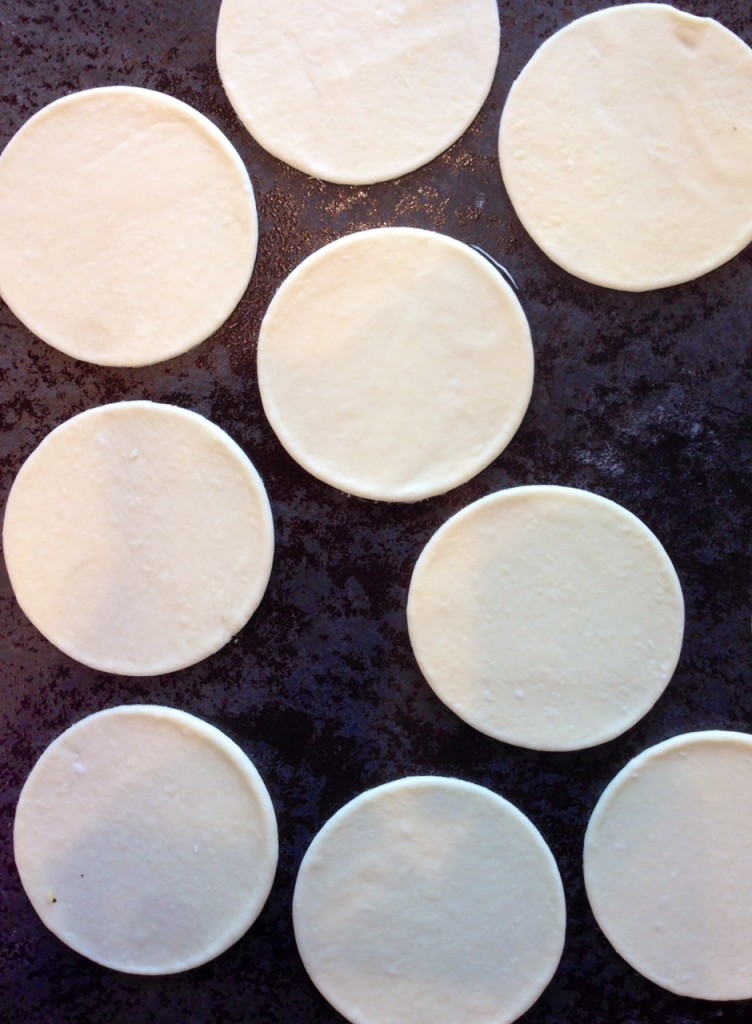 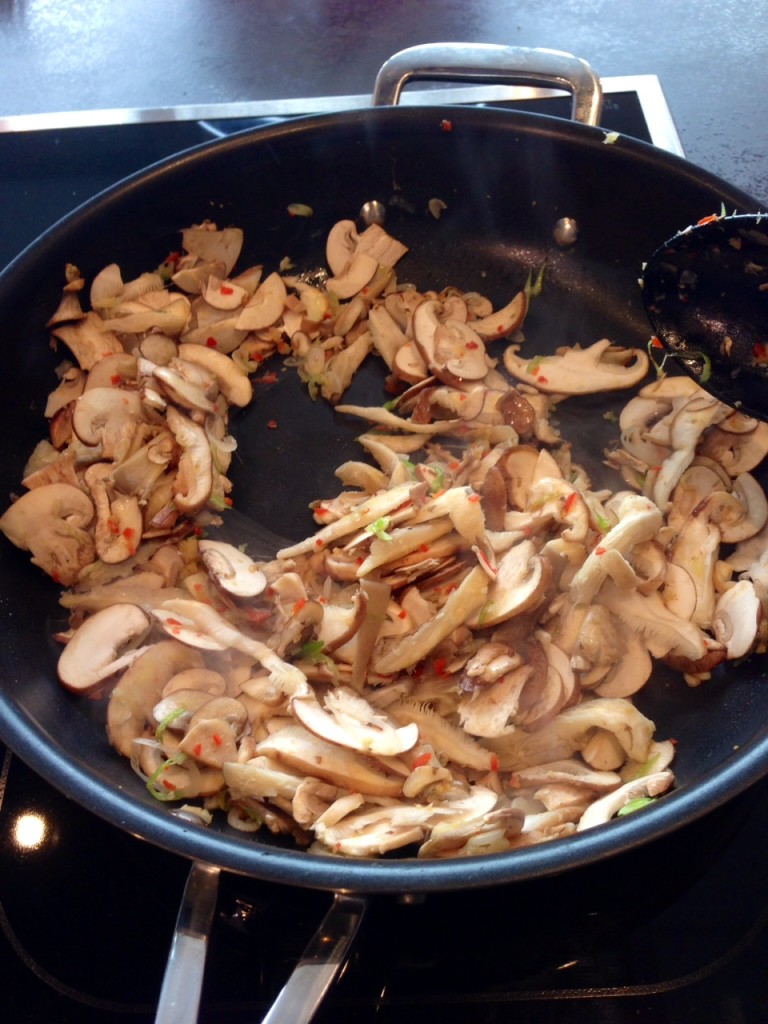 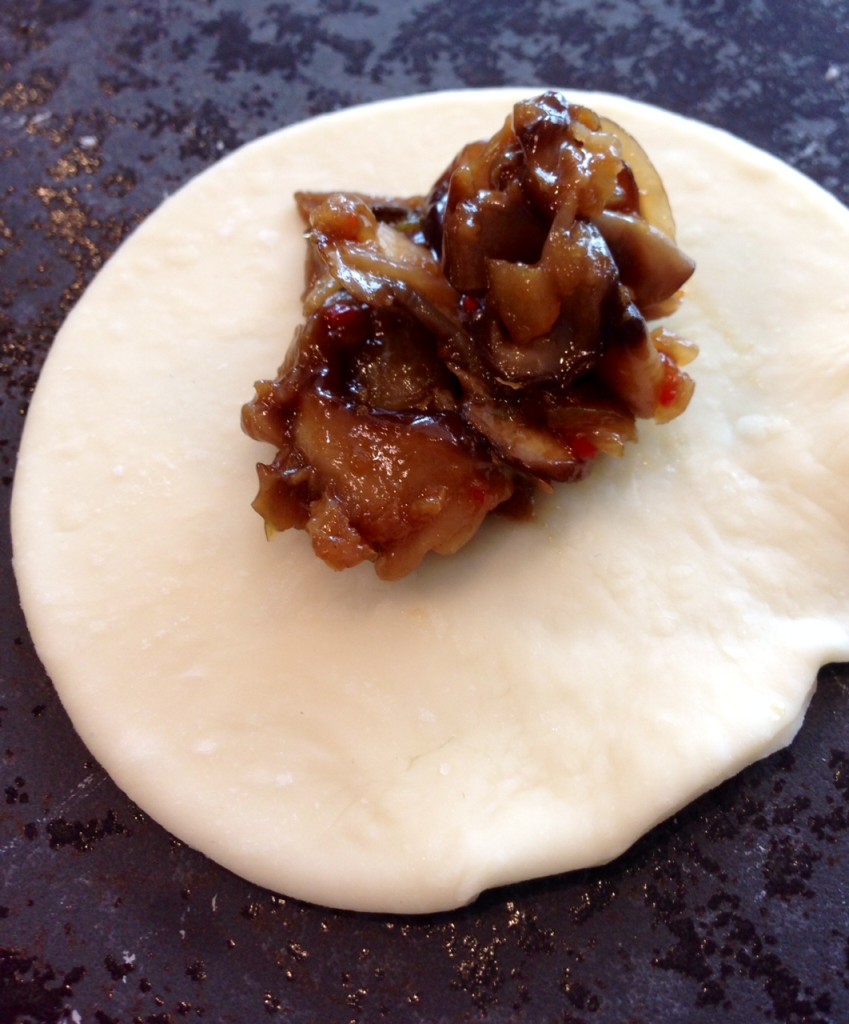 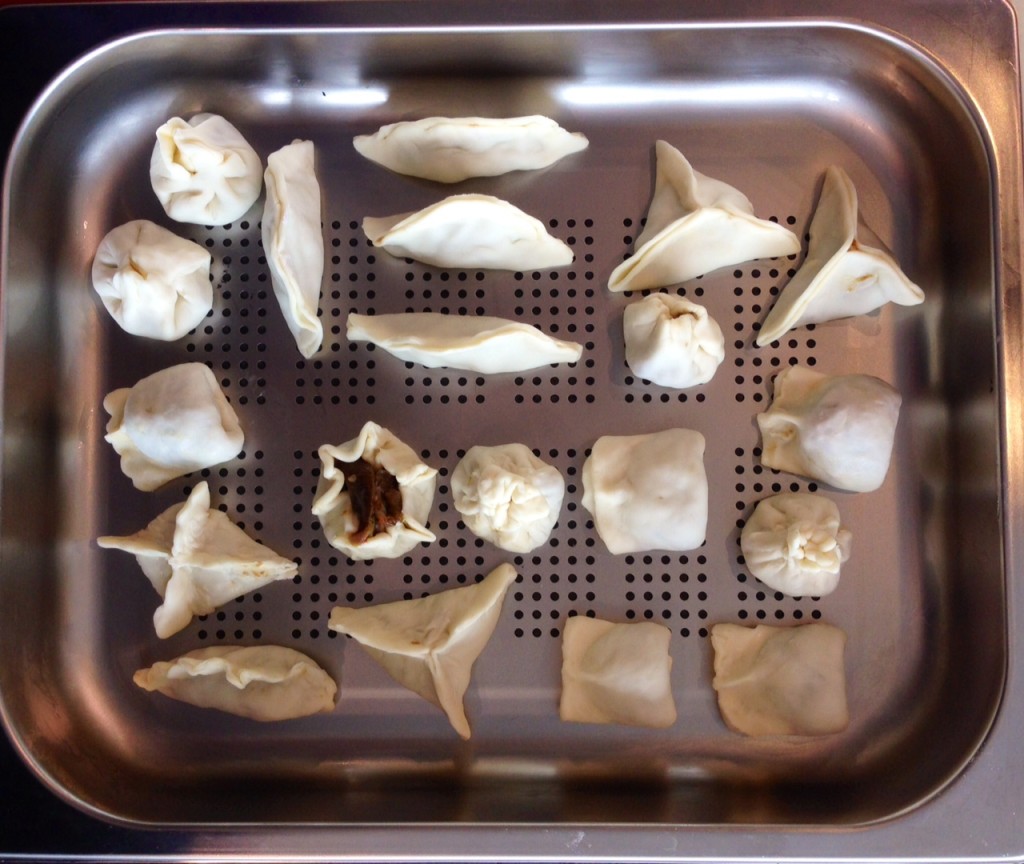 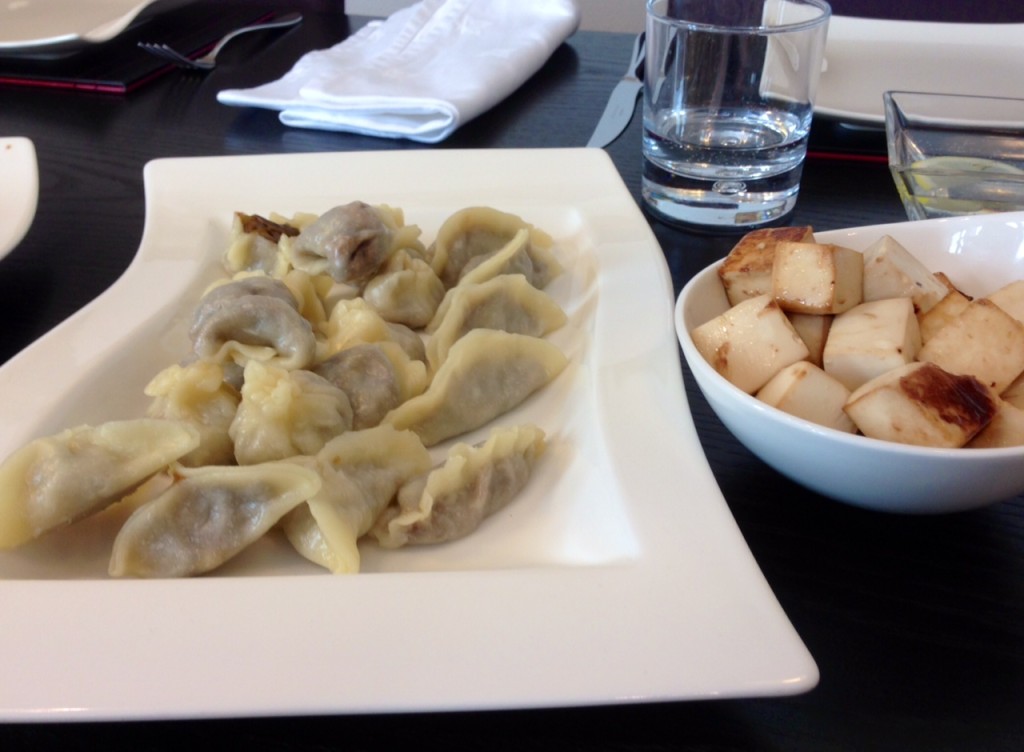 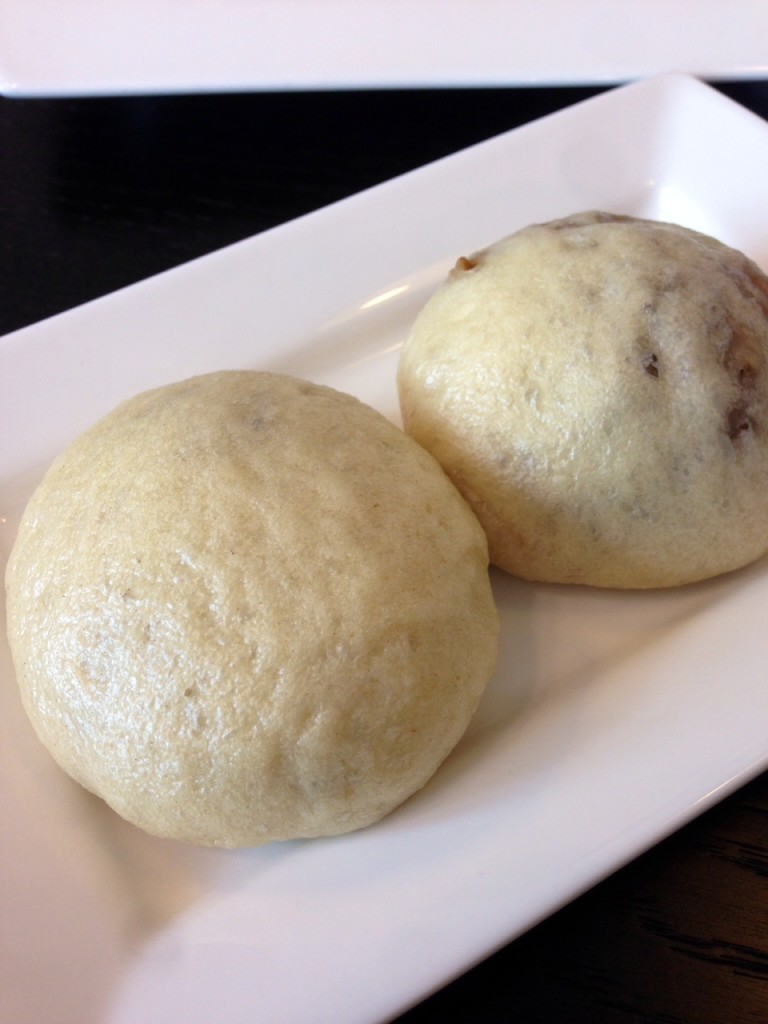 The dim sum was really quick and easy to make. I made a mushroom filling to go inside, which had to cool for a bit, while we made the pastry. Then I added the filling to the little pastry circles and made a number of teeny tiny parcels. These were then steamed for about 4 minutes and were delicious! I also made a few savoury buns with the mushroom filling, which were so moreish. While we were all making savoury dim sum and buns, the teachers were making sweet buns that were delicious! I could’ve eaten a million of them! 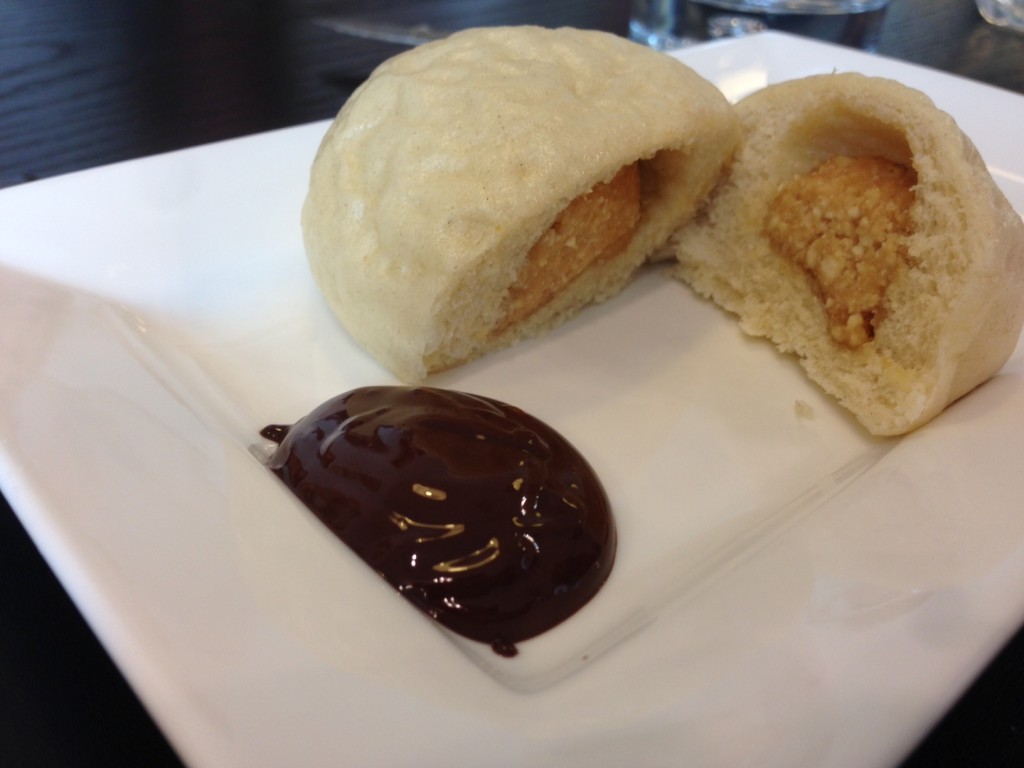 Despite the fact that I’m not very confident in the kitchen, the course was great fun. The kitchen was amazing, everything was set out really well and we could take some of the sweet buns home with us too, which my OH was really pleased with! I didn’t realise until after that it was the first time the course had run, as it worked really well and I would definitely recommend it. If only I could’ve taken home a few appliances too… 🙂

What food would you most like to be able to make?

* Disclosure: I attended the course free of charge, opinions are my own.